Four episodes, with little Penny content from two: Two Weeks In Space, Castles In Space, The Anti-Matter Man, and Target Earth. Penny actually gets a fair amount form Target Earth, although none solo. However, a good bit is in the spacesuit and not the daywear costume. To appease any purists, yes, strictly speaking, it isn’t Penny! It is Angela playing Penny’s duplicate! But let’s not get hung up in minutiae. So what we have to look for is an unusual pose, Penny and Judy kneeling side by side in the Chariot; a couple of action shots of Penny running (both real & duplicate Pennies), and some brilliant smiles that we haven’t seen in a while! Look at duplicate Penny next to the blob alien (Judy & Maureen too!), and hugging Daddy. And the Three Beauties again, although somewhat worried looking, as John and Don slug it out with desperate fugitives around the lava pit! 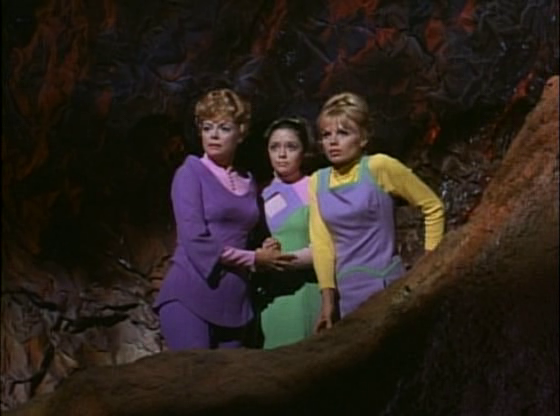