This section, very simply, is a tribute to Lost In Space star Mark Goddard. Long before Lost In Space there was a Western called Johnny Ringo. Goddard co-starred in it as William “Cully” Charles, Jr., deputy to Sheriff Johnny Ringo (Don Durant), in the town of Velardi, Arizona. It was his first role in television, and he stepped into it through a combination of luck, bravado, and charm — along with sheer talent.* 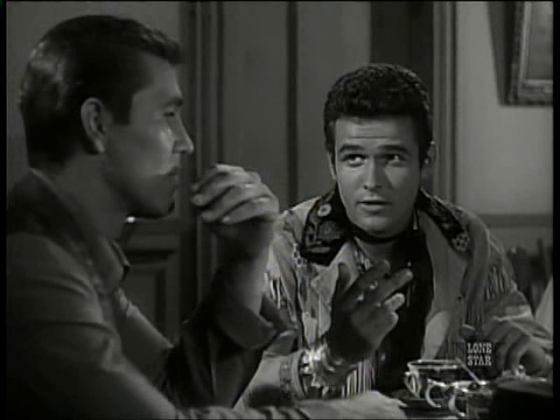 Unfortunately, Johnny Ringo was fated to run only a single season, from October 1, 1959, until June 30, 1960. It was the Golden Age of the Golden West on television, and there were probably a dozen or more Westerns running then — I think at one time there were more than two dozen — they were as much a fixture of the era as so-called “reality” shows are today. Competition was fiercer then, with only 3 or 4 networks (can you imagine!?) instead of a few hundred cable channels.** 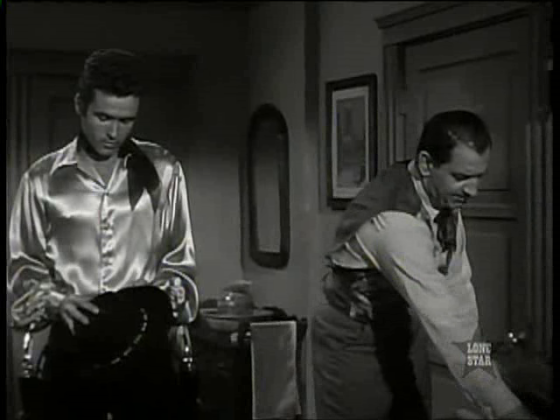 Regardless, Johnny Ringo remains a very good example of the genre, and a terrific showcase for Mark Goddard’s talents. He learned to shoot and ride for the role*, and one has the impression it remains his favorite. The show had an impressive roster of guest stars, including later Lost In Space visitors John Carradine and Gerald Mohr, along with other well-known names such as Lon Chaney, Jr. (Lawrence Talbot, the werewolf), Alan Hale, Jr. (“Skipper!!!”), Burt Reynolds (no comment . . .), and a very young Ron Howard. Another familiar name which pops up in the credits is writer Barney Slater, who penned a number of Lost In Space scripts, of course.

One of legendary producer Aaron Spelling’s early efforts, the show is very loosely based on historical figure Johnny Ringo; one might more accurately say “inspired by” than “based on.” Ringo is played by the late Don Durant, a “singing cowboy” who both wrote and performed the theme (only the closing theme is sung), and occasionally sings in the show.  Johnny Ringo has come to clean up a small problem in the town of Velardi (problem played by the delightfully evil James Coburn), and stays on to be sheriff. Goddard turns up as “Kid Adonis,” a trick shooter with a traveling show, at the end of the first episode. Real name William Charles, Jr., he is Johnny’s deputy by the end of the second, after a small misunderstanding between the two is resolved. 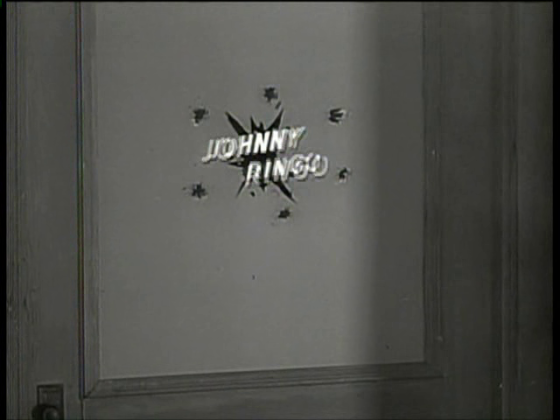 This is a fun show! Goddard is terrific in the role. Durant is good as Ringo, but perhaps a bit bland. Karen Sharpe portrays Ringo’s very attractive & shapely romantic interest, Laura Thomas. With little further ado then, the Penny Robinson Fan Club is proud to present here, Johnny Ringo.  We intend to have at least two episodes available for viewing at any given time. Here then, Episodes 1-5.

It looks like the first two are getting a bit of traffic, so here we go with number three:

And episode 4! An episode from Lost In Space writer Barney Slater. Ruthless bounty hunters have little care whether they bring ’em back dead or alive, and dead is so much easier. A whisper of the premise form his LIS story, All That Glitters.

Episode 5, and thanks for the appreciation! In which Cully guns down his first victim.

If you like these, you can download the entire series for free (legally!) via BitTorrent. This is a link to my own torrent on The Pirate Bay:

(updated link — sorry, I changed things around a bit on Pirate Bay a few months ago and forgot to update this)

I keep this collection seeded nearly full time, and it is very popular and active!

Disclaimer: to the best of our knowledge, Johnny Ringo has been in the public domain for at least five years, and these activities making the episodes available online and distribution by DVD infringe no valid copyright claim. These episodes have been recorded by a third party unknown to us from a regional television network, whose logo (and other indicia) remain a part of these videos. Said network has no knowledge of these activities and is entirely unconnected to the PRFC.

* Gunsmoke was possibly the only Western to survive the era and air into relatively modern times. It was the grand original and archetype, having been born in radio, and was the first Western series meant for an adult audience rather than children, as The Lone Ranger and many others.

**Mark Goddard tells the story of his early career, including auditioning for “Cully,” along with a number of other stories, many riotously funny and unexpected, in his autobiographical To Space And Back, available on his website here:    http://www.mark-goddard.com/