The Penny Robinson Fan Club, now in our eighth year! 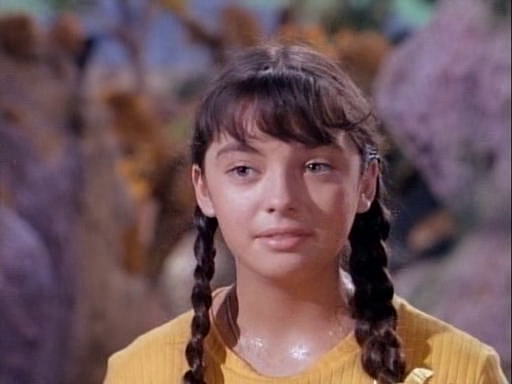 This is me from this morning when I went out to pick some flowers. I wasn’t outside more than five minutes and look at me!”

The very first glimpse the world had of Penny . . . 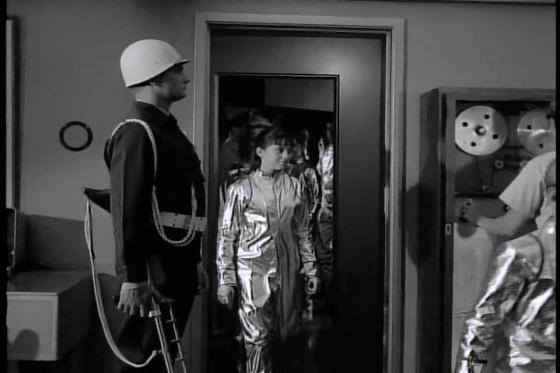 and the very last, from Junkyard In Space: 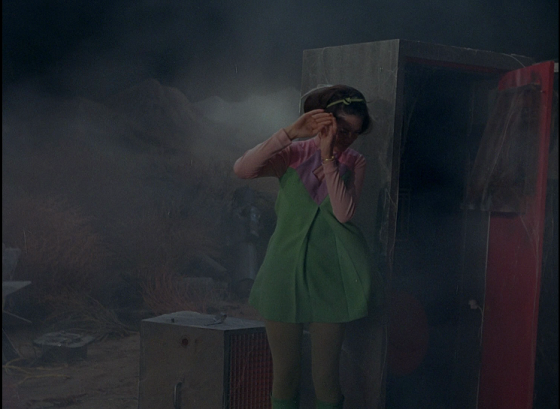 Thousands more screenshots from the entire series appear in the many galleries here, all showcasing Penny: cute, courageous, irrepressible, charming.

THE ABOVE SHOTS ARE FROM THE NEW, ENHANCED BLU-RAY RELEASE.

FROM TIME TO TIME, WE’LL BE HIGHLIGHTING ONE OF OUR OWN ORIGINAL, WITTILY CAPTIONED LIS PHOTOS HERE.

ALL ARE VIEWABLE IN THE “LOLS IN SPACE” DRAWER ANY TIME!

Angela Cartwright never really thought of herself as a singer (neither, for that matter, did her singing teacher), but she still tried to keep herself and the company entertained with the classics. 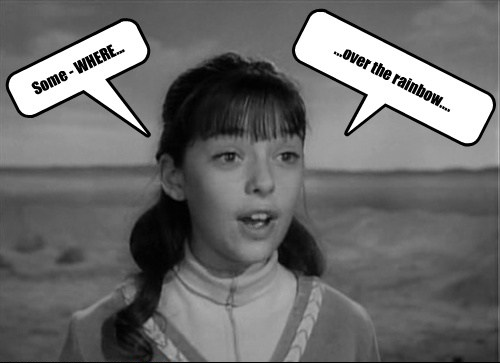 In The Written Word —our popular science fiction trilogy, Through Endless Skies! Together, the three stories A Penny Saved, Symphony Of An Angel, and Through Endless Skies comprise one complete novel-length collection of Lost In Space adventure, romance, thrills, humor, and maybe a even a tear or two.  We’ve also published Lost In Space Adventures, five short stories which re-think and re-imagine a number of actual episodes which had some very good ideas in them, but didn’t make it to air time as everything they might have been. Essentially, they have been rewritten as serious science fiction for grown-ups. Well, mostly serious. Dr. Smith remains the thorough scoundrel he originally was, but he does lend some light touches still!

Also, under The Written Word, there is a collection of our non-LIS “fanfics” (I really dislike that term!) An eclectic assortment of our other writings, there just might be something there that tickles your fancy! Please enjoy….

Look under “Gallery of Beautiful Models” for some of our latest work in beautifully built models — the Chariot, Pod, Robot, and more! And in the drawer labeled “Steampunk Jupiter 2” is a customized build of the Polar Lights brand Jupiter 2 model kit, done in the steampunk style: if you’re not familiar with that, imagine the Jupiter 2 constructed based on the technology and science of the Victorian era! Lots of steam piping and gears and such are what usually mark out steampunk. This project is presented as if it were a scientific journal of the era, recounting the recent flight of the “Aether Ship” Jupiter 2 to Mars and back. Basically it’s a lot of photos and some backstory. Please enjoy!

We have to be very careful  posting video, as Lost In Space is still copyrighted material, but we have a growing gallery of short clips featuring some of Penny’s best scenes, and other related material. Check out our first clips now! Mark Goddard fans, be sure and visit the Golden Wheel Saloon, where we’re showing complete episodes of Johnny Ringo,  co-starring Mark in his first TV series as deputy “Cully” to Sheriff Johnny Ringo in old Arizona Territory. A classic Western from the Golden Age of the American Western!  The first five episodes of Johnny Ringo are now playing in the Golden Wheel Saloon, and an updated torrent link where the entire series can be downloaded. 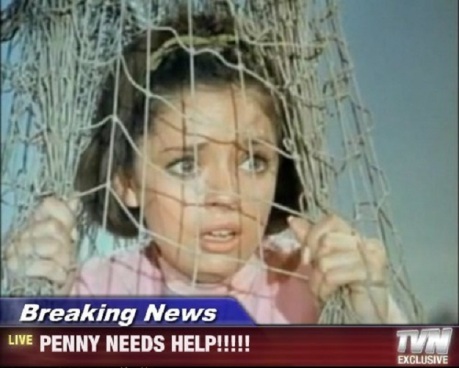 We’d appreciate it if you could chip in just a little to help defray our WordPress subscription cost. Paypal any amount you like to the Penny Robinson Fan Club to the address below; make it $22 and we’ll send you as a free premium a First Edition of our Endless Skies trilogy, almost certain to become a rare and priceless collector’s item in the future. (Sorry, US only. Will ship abroad, but must ask for a bit more to cover postage. Just ask, though!)

Well, in the picture, I guess she really does need to be let down. But that’s not what I meant. I mean, I’m sure you knew that, I know you’re pretty bright. But just in case — Yes, Penny dear, I’ll shut up now.

Posted by Penny Robinson Fan Club on 30 January 2012 in Uncategorized.

Welcome, fans of the classic TV show, Lost In Space, and especially all those who were, and are, fans of Penny Robinson.

After all this time, Penny remains a compelling, touching, and beautiful character.   She was portrayed by the incredibly talented Angela Cartwright, who at age 12, gave us more and better acting in any given ten minutes of Lost In Space than has been seen on TV in the last 20 years.

The purpose of this site is simply to showcase and celebrate Penny Robinson.  There are slideshows in the Gallery pages where stills of Penny appear, collected by episode. Some galleries will be devoted to a single episode. Others will collect a few episodes together which (sadly) had little Penny content.

To the left,  you will find links to a number of related (but independent) sites:  other fan sites, personal sites of the actors and actresses, including Angela Cartwright herself, of course.

Now, go buy the DVDs, preferably the new remastered wide-screen version, sit down by the Wayback Machine, and get yourselves . . .

Posted by Penny Robinson Fan Club on 28 January 2012 in Uncategorized.